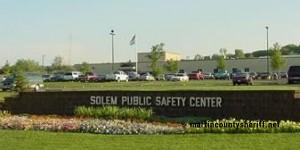 This facility in South Dakota is Maximum Security, and as such there are a lot of rules and regulations governing it. The inmates at the South Dakota Women’s Prison are serving long sentences for a different offenses, or some might be serving a shorter sentence if they have been transferred from another facility for disciplinarian reasons. The facility houses about 350 inmates at any given time.

This policy online outlines the rules and regulations for sending mail to inmates. Generally, know that you can send letters and postcards to inmates, but do not send any contraband or sexually provocative material. Letters will be opened and screen by the South Dakota Women's Prison staff.

Inmates at the South Dakota Women's Prison are generally permitted to hold money in a commissary account. They can use this money to purchase commissary items or subscribe to periodicals. There are kiosks available to the inmates to access their account balances.

You should make the check or money order out to South Dakota Department of Corrections and include the inmate’s name and ID# on the memo line of the check.