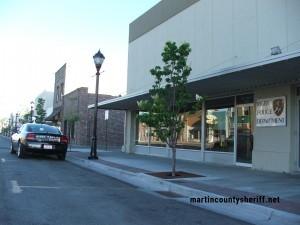 The Rigby Jail is simply a holding pen. Anyone arrested in Rigby city limits will initially be sent to this jail, but they will not typically stay at this jail long-term. Most offenders will be to the Jefferson County Jail after initial processing. For that reason, most services like sending mail and inmate phone calls are more limited than most jails and prisons.

Rigby Jail has made it fairly easy to locate an inmate. You should be able to find the information you need online. If you still have additional questions about an inmate, you can call 208-745-1951.

Remember though, most inmates are not at Rigby Jail long term, so the delay in the postal service with mail might mean your mail arrives after the inmate has been transferred to a different location.

Inmates cannot receiving incoming phone calls, but they can make outgoing calls through the Inmate Telephone Service at the Rigby Police Department City. Users of the phone system should assume calls are monitored.

Inmates can either call collect or use pre-paid phone cards. You can set up a pre-paid phone account for an inmate by calling Operator Services at 208-745-1951.