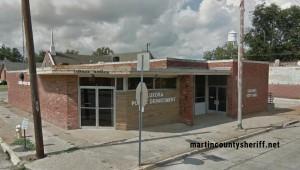 This is a full-service jail with a staff that includes a Lieutenant and 10 correction officers. It is a medium security jail that houses inmates serving a sentence of less than 12 months or who are still awaiting trial. Inmates with a sentence of greater than 12 months are typically transferred to a larger state or federal prison.

Call 870-658-2233 to confirm whether or not an inmate is currently located in this jail. You can also visit the lobby of the jail and speak with jail staff to inquire about an inmate. You can also try searching for an inmate here.

Inmates can receive postcards and letters. Be advised that everything will be inspected and opened by jail staff.

You can hand deliver certain items as longs as they are in their original packaging. During visitation at the Luxora City Jail, you are permitted to bring new bras and panties that are still in their packaging, as well as any medication the inmate needs. Do not send any of these items in the mail, as they are only accepted with in-person deliveries.

You can bring cash to put on an inmate’s account during visitation hours, Monday through Friday only from 8AM – 5PM. You can bring up to 100$ at a time.

Sending a money order in the mail is another option but it is slower and less reliable. Money orders should be addressed to the Luxora City Jail with the inmate’s name and number listed in the memo field.

If there is any money left on the inmate’s account at the time of his release, the money will be issued to the inmate on his exit from the jail.

While inmates at the Luxora City Jail cannot receive phone calls, they can call out collect. Any collect phone call will require the receiver to be responsible for the payment.

Inmates can have up to one 30 minute visitation session per week. Visitors should call early in the day they want to visit. Call 870-658-2233 and follow the prompts for "jail visitation." Be sure to bring proper identification, dress appropriately, and do not bring in anything that is not permitted.

With an appointment, visitation hours are: