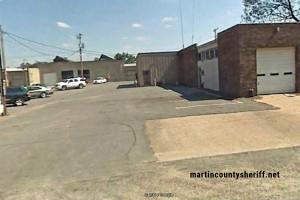 The England Jail is an updated jail that has 72 beds. It is considered a low-security jail. Typically, inmates at this jail have committed less serious crimes and misdemeanors. DUIs are a common offense of inmates housed at this jail. The jail also houses inmates from some small neighboring cities.

Searching for inmates at England Jail is simplistic. Search their online tool and you should find an inmate with ease. If you do not have internet access, you can also call the jail at 501-842-2311 to locate an inmate.

Inmates can receive soft cover books, magazines, and newspapers as long as they are sent directly from the publisher. They can receive letters and postcards, and even small photographs that are not sexual or violent in nature.

Clothing cannot be sent from individuals. However, the jail will accept some basic clothing like white crew neck t-shirts, socks and undergarments if they are sent directly to the jail from the manufacturer.

It is possible to provide money on an England Jail inmate’s account. This is to be done only in cash. No checks, money orders, or credit card transactions are accepted. To add money for an inmate, talk to the jail staff in the visiting area. If you know the inmate number that will help make the process go quicker.

Inmates cannot receive phone calls, but can call out by calling collect.

Inmates at the England Jail are free to make phone calls anytime, and there are phones near their individual cells. Phone calls can last up to 15 minutes before being cutoff. The recipient of any phone call needs to have a touch tone phone that is not a cell phone.

Wednesdays and Fridays are the days to visit inmates. You can visit for up to 20 minutes. It is advised to call ahead and arrange a visit to ensure there are no complications upon your arrival. Sometimes inmates could be restricted from receiving visitors. Call ahead and have your identification ready. Visitors with open arrest warrants and other infractions will not be permitted to visit with inmates. Plan to dress conservatively and have the visit monitored by England Jail staff.